How Can a Job Title Help Your Business?

Companies attempt to tell their employees how to work in many different ways. These “company controls” inundate corporate culture by way of dress codes, nosiness into employees’ work, requiring employees to follow specific processes or rules, when they need to come in and when they can leave. Excessive management plagues more organizations than most people will admit, and often leaves imperceptible wakes of inefficiency and profit-loss.

What’s in a Title?

Each year, Pearl Meyer & Partners, a compensation consultancy based in New York City, publishes a study of job titling practices. In 2014, they found that 80% of companies surveyed use job titles to accurately reflect the corporate hierarchy and more than 92% use them to define an employee’s role. However, only 37% use them to attract prospective employees.¹

Doug Schade, principal consultant in the technology group at the recruitment firm WinterWyman says titles are an important recruitment tool that can make or break some candidates’ decisions. “From the standpoint of prestige, job titles have significance within a company. They allow others to aspire to greater heights. Sometimes, they can mean more than a salary increase or other monetary gain,” he says. They also indicate the level of responsibility from the top down, he adds.²

The Pearl Meyer report also found that nearly one-quarter of employees are allowed some latitude in determining their title.³ Daniel Cable, professor of organizational behavior at the London Business School, found that “self-reflective” titles broke down barriers within companies and allowed employees to better express themselves. Recent research indicates that employees were less stressed and burned out when they were allowed to create their own job titles.4 The study also indicates this change has a long-term impact.

Berkshire Hathaway Inc.’s event organizer is known as Director of Chaos, Yahoo spokesperson Heidi Burgett calls herself Yahoo Evangelist, a receptionist at Matrix Group introduces herself as Director of First Impressions, and IBM Corp. employees have titles such as Data Detective and Creative Technologist.5 “That kind of creativity (in providing the opportunity to create a selfreflective job title) is probably found in organizations where the culture supports and values employees,” Schade says.6 As a result these companies have greater profits.

From 2012 to 2014, recruiters titled their jobs “ninja,” “rockstar,” “jedi,” “guru” or “wizard” on Indeed and Monster to recruit those with a lot of technical expertise in computing. However the practice has since declined.7

Based on a research study of thousands of professional recruiters, the average recruiter spends about 6 seconds reviewing a resume.8 4 seconds of the average 6-second scan is spent looking exclusively at four job areas, which are:

all of which must be easy to read at a glance. If the resume is impressive, the other 2 seconds will be spent scanning for other credentials.9 Additionally, according to the study, only 17 percent of recruiters bother to read cover letters.10 Surprisingly, out of 2,500 hiring managers surveyed, 56% have caught job candidates lying on their resume, with the most frequent lies being embellishments and outright fabrications.11 These are just the candidates that have been caught. Other estimates are that 70-80% of people fabricate their resumes.

There are plenty of high-profile people who have committed resume fraud (among other things) including Frank Abagnale, who pretended to be everything from a pilot to a pediatrician, whose life story was made famous by the movie “Catch Me If You Can.”12 Many people were outraged when the sign language interpreter at Nelson Mandela’s memorial turned out to be an imposter making unintelligible gestures.13 I know of a person that found a good resume out of their LinkedIn friends, changed the name on the header, memorized the resume for the interview, and was hired.

Based on this information, if your organization wants to recruit go-getter millennials who seek career mobility, consider posting jobs that have important sounding titles over high salaries as many business majors and MBAs often value a title bump over a salary increase. Just be sure to check their references and employment history first.

How Much is a Title Worth? 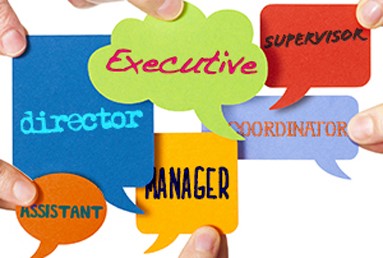 So, just how much is a job title worth these days? The title of “Director” sounds important and tends to hold weight in most corporate circles. Most Director of Operations roles make an average of $88K with those on the high end earning an average annual salary of $161K.14 However, an Operations Director makes an average of $143K to $163K.15 The Chief Operating Officer average annual salary is $164K and ranges from $81K to $302K.16 Looking for one of these positions? There are 104,852 postings for Director of Operations, 102,414 postings for an Operations Director, and 7,035 postings for COO’s on Indeed.com as of September 2017.17 This anecdotally shows that as the salary increases, the number of jobs decreases.

Money.com provides some valuable insight into seeking the right title for those who can choose:

“The word “lead” in a job title, for instance, typically translates into $23,000 more in compensation. Other keywords to seek out are “director,” which is associated with a $21,000 bump, and “senior,” which delivers a $20,000 bump. On the other hand, a title containing the word “manager” isn’t the moneymaker you might expect: It translates into only a $3,000 bump. Other words to note if you’re perusing job ads include “professional” and “executive,” which correlate to $12,000 and $9,000 median pay increases, respectively. If you’re aiming for a position high up the corporate ladder and a commensurate bump in salary, go for titles that include the word “president” instead of “chief.” The former earns a median salary of $95,000, compared to just $54,000 for the latter.”18

In a previous job, I was given the opportunity to create my job title. As a result of this research, I’m sure my future title (should I have the opportunity to select my title) will include lead, senior, president, director and professional. I’d have a $76,000 salary bump with the medium salary of $95,000. That doesn’t sound too bad…

For more than a few reasons, executives may want to reconsider job titles used throughout their organization, or allow employees to make up their own. Employees who create their own job titles have better employee health, reduced stress levels, lower burn out rates, higher employee satisfaction, higher salary outlook, and their companies generate higher profit margins than those who don’t. It may seem like a small thing, but letting go of control and allowing employees to innovate could be the boost they need to work more creatively and drive more ideas for your organization, making a win-win situation for everyone.

Thank you for reading.

8 The Ladders. (2012). Keeping an eye on recruiter behavior. https://cdn.theladders.net/static/images/basicSite/pdfs/TheLaddersEyeTracking-StudyC2.pdf

9 Sullivan, J. (2013). Why You Can’t Get A Job … Recruiting Explained By the Numbers. Retrieved August 17, 2017 from https://www.eremedia.com/ere/why-you-cant-get-a-job-recruiting-explained-by-the-numbers/

10 Sullivan, J. (2013). Why You Can’t Get A Job … Recruiting Explained By the Numbers. Retrieved August 17, 2017 from https://www.eremedia.com/ere/why-you-cant-get-a-job-recruiting-explained-by-the-numbers/

Chuck Zulanas is a 2017 graduate of Arizona State University with a Master’s degree in Construction Management. He has worked with the Performance Based Studies Research Group where he consulted with the Arizona Department of Environmental Quality, Kingdom of Saudi Arabia, Neogard Corporation, the State of Utah, and ON Semiconductor. He has authored/co-authored 5 publications in his undergraduate and graduate coursework.  MSSBTA.com

Tags:
Leadership
« IoT and a View from the Corner Office
Mitigating Supply Chain Risk: What the Military Does and You Should Too »
Share