From Around the Web: Have You Thought About Safety?

“From Around the Web” is a regular series of gathered articles, case studies, and statistics highlighting different themes in transformational leadership excellence across a variety of industries demonstrating how businesses successfully deliver transformation efforts within their companies.

In 1987, Alcoa, also known as Aluminum Co. of America, was a company that had been a shipwreck for years. A majority of the time, Alcoa’s stock would reach peaks simply because stocks in general were going up, and at the time Alcoa was the world’s largest producer of aluminum (now 5th largest). Any time there was a recession, the company would fall back to breakeven or in the red. During the 1982 recession, Alcoa laid off about one in seven hourly workers. Stakeholders did not see a reason why aluminum cans used for soft drinks would go down, much less, the need for aluminum in general, so they held on to the stock.

In 1987, Alcoa was one of the leaders in their industry for safety, cutting injuries by nearly 50% every five years. However, profits were down and the company was in shambles. Being the manufacturer responsible for Coca Cola cans, sweet wrappers and jet engine parts, the Alcoa’s aluminum quality was waning and this agitated both investors and employees. A few years earlier, according to Alcoa’s former president, C. Fred Fetterolf, labor relations were so bitter that disputes erupted almost weekly. ”Hatred,” Fetterolf now says, is not too strong a word for what he and his boss feel about corporate class distinctions, and ”obliterate” describes what they want to do to them. This led to a strike in 1986.

However, a change occurred in 1987 that altered the trajectory of the company and transformed an industry. That year, Paul H. O’Neill left his position as president of the International Paper Co.’s president to join Aluminum Co. of America becoming the first outsider in the company’s 103-year history to become CEO. In his advent, the company stockholders began looking for answers to the company’s problems in terms that they understood, talking about ideas about quality, pricing, capital spending, people management, or even dividend policy. Instead, O’Neill began in a different fashion.

At O’Neill’s first speech to company stockholders he began speaking about safety:

“Every year, numerous Alcoa workers are injured so badly that they miss a day of work. Our safety record is better than the general workforce, especially considering that our employees work with metals that are 1500 degrees and we have machines that can rip a man’s arm off. But it’s not good enough. I intend to make Alcoa the safest company in America. I intend to go for zero injuries… If you want to understand how Alcoa is doing, you need to look at our workplace safety figures. If we bring our injury rates down, it won’t be because of cheerleading or the nonsense you sometimes hear from other CEOs. It will be because the individuals at this company have agreed to become part of something important: They’ve devoted themselves to creating a habit of excellence. Safety will be an indicator that we’re making progress in changing our habits across the entire institution. That’s how we should be judged.”

This radical change in vision from profits to people had all of Wall Street telling their investors to sell the stock, and that “O’Neill was a hippie that would burn the company to the ground.” Contrary to everyone’s belief, the stock did not tank, but flourished. Those who sold immediately regretted their decision, and here’s why: 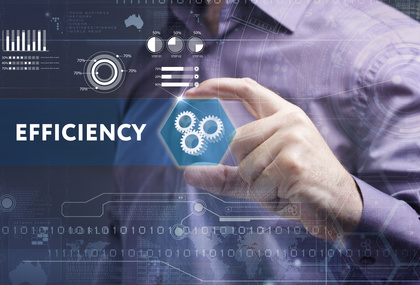 After that year, Alcoa’s combined profits for 1988 and 1989 were more than double the total of the eight previous years. At the same time, the company managed to complete a six-year, $1-billion-plus modernization of its factories, increase its R&D budget by 50%, and cut long- term debt by 58%. To decentralize the business, O’Neill gave Alcoa’s 25 business-unit managers unprecedented leeway to run their businesses, removing two levels of top business management. The company needed to look at all of their processes in the open to make sure that they were safe and as a result, the processes also became more efficient.

By putting safety first, O’Neill encouraged employees to develop a larger view of their jobs and to start thinking more like managers. William Pritchett, the union member who headed the safety drive at Alcoa’s beverage-can sheet factory near Knoxville, Tennessee, said, ”Involvement by hourly workers is the key. We have a brother’s-keeper attitude.” The company’s workers received shares in the company and began feeling that every effort that they put into the company would be rewarded. Anytime the company increased its return on assets by 6%, each employee received a dividend of 17% (usually $1,500) as being part owners of the company.

O’Neill created handouts, pamphlets, and workbooks for an employee training program, Excellence Through Quality, that Alcoa initiated in 1990. This program was created by Alcoa’s Management Committee in 1988 to educate all levels of employees in the basics of continuous quality improvement both in the workplace and marketplace. The program was divided into several sections: critical processes, customer satisfaction, supplier quality, and benchmarking. These included:

By the time O’Neill retired in 1999, the company’s annual net income was five times larger than before he arrived, and its market capitalization had risen by $27 billion. Looking into this case study, companies need to shape discussions on the involvement of people, empowering employees, having open discussions on how to improve, getting everyone excited about a shared vision, and allowing those with the most expertise to make the decisions and be accountable for their actions. O’Neill’s change in vision, focusing on safety, made all the difference in Alcoa’s business transformation. Have you thought about safety?

Other articles From Around the Web

Chuck Zulanas is a 2017 graduate of Arizona State University with a Master’s degree in Construction Management. He has worked with the Performance Based Studies Research Group where he consulted with the Arizona Department of Environmental Quality, Kingdom of Saudi Arabia, Neogard Corporation, the State of Utah, and ON Semiconductor. He has authored/co-authored 5 publications in his undergraduate and graduate coursework.  MSSBTA.com

Tags:
Change ManagementHCMHuman CapitalLeadershipMeasurement & KPIsResponsive Org
« How to Keep Your CEO Out of Prison
From Around the Web: Automation and the Technological Advances of Yesterday »
Share