Ch, Ch, Ch, Chainges – Blockchain – The Next Sliced Bread or The Next Segway?

I’ve witnessed and been part of many changes in the 40 or so years I’ve been involved in computing technology. We are now to the point where I have more computing horsepower in my smartphone than my first, second or even third enterprise UNIX server.  During this time, I’ve witnessed many technological innovations, many of which have been disruptive and transformational, but few have piqued my interest more than the seemingly endless hype of blockchain.

Some argue that blockchain is a disruptive technology. If so, why after almost 10 years, don’t we see retailers, groceries, dry cleaners, gas stations, etc., widely accepting digital currencies like bitcoin? Why are we still relying on traditional payment methods, banks and other intermediaries?  Consider Overstock.com, one of if not the first online retailer to accept bitcoin which accounts for a whopping 0.1% of its sales. But, if you want to buy drugs or gamble on the Dark Web, bitcoin is gladly accepted.

Let’s look at disruptive technology like, say, Apple iTunes which truly transformed and disrupted how many people consume music. Introduced in 2001, iTunes took less than five years to produce over $1B in revenue for Apple. In that same period, CD sales dropped from almost 1B units to just over 500M. iTunes truly was a disruptive technology that forever changed the music industry.

No, blockchain itself is not a disruptive technology, but rather, it is a ground-up foundational, transformative technology that paves the way for future disruptive technologies. An example of another foundational technology is the Internet.  It started in 1969, as a tool for government and universities to share information via connected computers in a closed environment.  Over time the technology evolved into its current open, shared state that is universally accessible and changed the way the world shares and consumes information, but it took nearly 30 years to become the transformative force it is.

What IS blockchain?
Blockchain is the underlying technology for conducting Bitcoin transactions, and can be used as a standalone technology to have the ability to transform other types of transactions, as well. Using a network of distributed/decentralized, replicated databases and transaction ledgers keeping account of all transactions. If public, this can be accessible by anyone, anywhere. Conversely, blockchain networks can be used privately as well, similar to an internal company intranet with many start-ups jumping on the blockchain bandwagon for digital currencies (more than 700), Smart Contracts, Supply Chain and more. 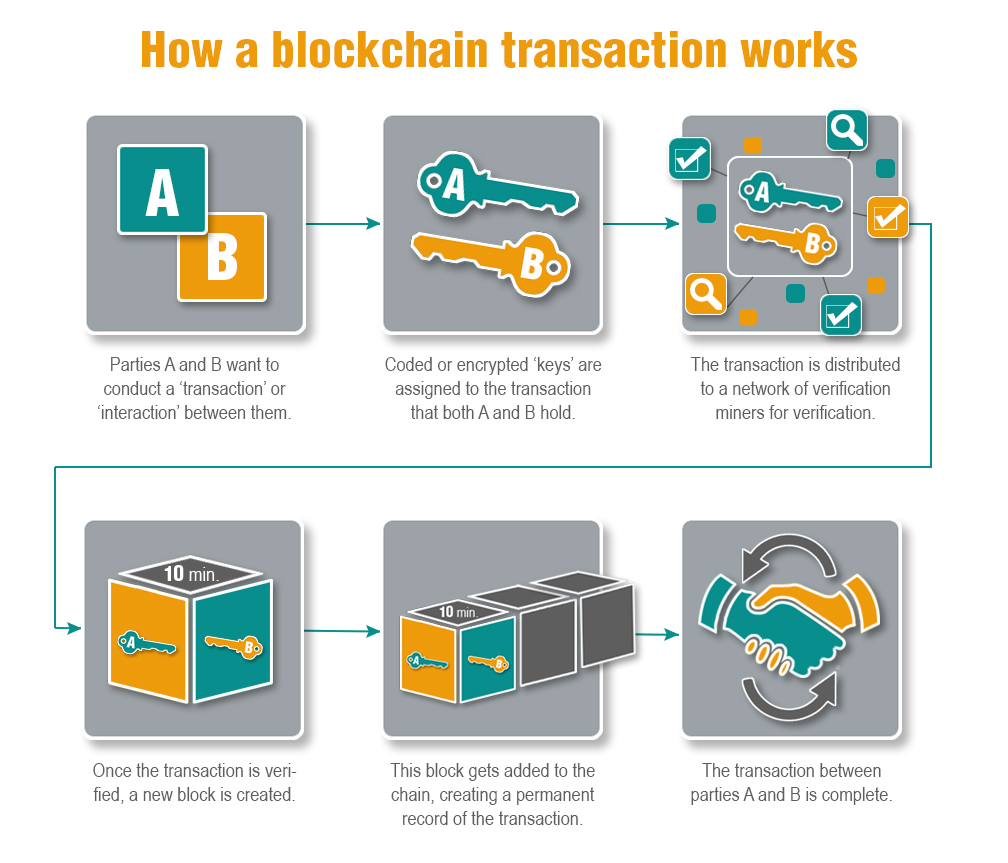 Blockchain, like TCP/IP, creates a ‘stateless’ transaction environment enabling the buyer and seller to transact business without having to establish a peer-to-peer relationship. From a business standpoint, this enablement has the prospect of opening up new markets and customers external to traditional business channels.

Secure, trusted, peer-to-peer transactions that eliminate the middleman and associated fees sounds appealing, so why hasn’t blockchain technology replaced the intermediaries by now? New financial institutions are popping up, new lawyers are passing bar exams and governments aren’t shrinking.  Why?

Paving the Way for Future Disruptive Technologies
Simply put, the base technology exists but it has not yet been adopted on a large scale. Bankers don’t want banks to go away, credit card companies don’t want cardholders to disappear, law firms don’t want attorneys to stop practicing, and other intermediaries’ employees don’t want to stand in the unemployment line.  For blockchain to be widely accepted, the core foundation of conducting transactions has to change. This is not easy, and it will likely take time for this type of disruptive transformation to occur.

Blockchain has garnered the attention of U.S. lawmakers, who formed a ‘Congressional Blockchain Caucus’ in February 2017. Its aim is to educate, engage, and provide research to assist policymakers in creating and implementing intelligent regulatory approaches, especially taxes raised by blockchain-based technologies and networks.

Currency exchange, including digital currencies, fall under a number of federal regulatory agencies in addition to a variety of state and local statutes. The variety of emerging blockchain business models fly in the face of legacy transfers of money, creating a plethora of confusion for traditional organizations on how to enter and participate in what appears to be a very complicated legal environment.

And, like any other new technology, blockchain has its challenges.

Despite all of the replication and distribution of transactions in blockchain, it still can be compromised. A number of breaches have occurred and, no matter how much you try to secure information, there’s at least one hacker out there who accepts the challenge and devises a method to breach security.

Finally, let’s add another wrinkle to the blockchain fabric – most blockchain transactions are not reversible while others are depending on whether the blockchain is public or private. Public blockchains are irreversible by design, enabling faster transactions and enabling confidence in the system.  Private chains need to decide under what circumstances a verified transaction may be reversed.  Under the best scenarios these processes are not well understood and are controversial. In the simplest scenario, let’s say that you transact with another party to purchase tangible goods or services and all looks good up front, however the other party doesn’t deliver. Now what? You must sign the transaction back to yourself, appeal to an arbitrator who will do an investigation, make a ruling, and either agree to transfer the funds back to you or to the merchant. To win the dispute, 2 of 3 parties must agree to transfer the funds. The arbitrator is paid a rate for resolving the dispute but if you lose, you may be left without recourse. Some believe this is a more fair way to settle a dispute, but unlike using a credit card, where you can dispute a charge and have fraud protection, there is no common approach and the safety nets are convoluted leading me to ask myself “Does blockchain truly solve the problem of trusted intermediaries,” and “Is this, in fact, a solution to a problem that doesn’t exist?” Having been stung by credit card fraud more than once, I like having a clear process for disputing unauthorized changes and having them reversed.

Future Applications
Digital currencies are only one application for blockchain. Its use of a distributed database has the potential for securely managing, tracking, and auditing any type of record or transaction from asset titles, contracts, supply chain applications, storage of electronic files, and identity management.

The U.S. Government, for example, is performing a proof of concept using blockchain to record border surveillance information. A number of other countries are testing blockchain projects as well. Honduras, The Republic of Georgia, and more recently Sweden are performing trial proof of concepts specifically for land title registration applications. U.S.-based NASDAQ is also prototyping and testing blockchain for private market trading and proxy voting on the Estonian Stock market. Granted, none of these blockchain trials are for digital currency applications, but they hold the promise of reducing the time to settle transactions by eliminating clearing houses from typically about three days to nearly immediate.

In and of itself, blockchain doesn’t meet the loose definition of a disruptive technology. However, it clearly lays the foundation for future disruptive technologies and applications. Its value lies in the ability to cut out central players and create efficiencies in the chain. At a minimum it will expose and eliminate the companies that add little value in the supply chain and sometimes these will be big players. Many have already decided to jump on the blockchain bandwagon and ride it into future opportunities – to be ‘chain’ge adopters and influencers.  Will blockchain disrupt and change the world to the same degree as the Internet, becoming as foundational as sliced bread, or will it go the way of the Segway, lots of hype only to find it use value in fringe industries?  How will it converge with the Internet of Things? We are looking forward to exploring these questions further… in time.

Glenn is a highly regarded management consultant with more than 30 years of experience as a creative, profit and loss oriented IT professional with domestic and international experience. He is forward-thinking and continually evaluates new and emerging technologies and consistently remains ahead of trends while meeting and exceeding customer demands.  MSSBTA.com

Tags:
Blockchain
« Procurement: The Ideal Candidate for Operational Transformation?
A Cybersecurity Program is not Insurance… »
Share